The branding iron provided a way for ranchers to stake their claim on cattle and other livestock while deterring their theft. While branding dates back to the time of the ancient Egyptians, it found its way to America through European settlers.

Cattle branding uses a heated metal iron fashioned in the unique shape to identify the ownership of cattle which is seared onto its hide. As you may imagine, this is painful for the cattle, and may remain sore for up to 8 weeks. Today, some cattle are freeze-branded using liquid nitrogen or denatured alcohol and dry ice. Rather than burning the skin (as with the heated brand), freeze branding alters the natural pigmentation of the animal’s hair, making the hair of the branded area grow back white; the cattle feel the pain about 15-30 minutes after branding. Some cattle today are instead given ear tags, though these can be lost by the animal’s movement or removed and replaced by thieves.

A cattle raiser would create his own brand; as sons acquired some of their father’s cattle, they would add a curlicue or other mark to differentiate it from their father’s. The symbol on a branding iron can be letters, numbers or shapes and can be simple or have embellishments such as wings or feet that are added to the letters, numbers or shapes. Letters with “wings” for example, are described as “flying” while those with “feet” are “walking.” An upside-down character is “crazy,” while a 90-degree rotation makes a character “lazy.” Letters with a curving flare at the top and rounded angles are called running. Adding a dash to the left and right of a letter, at the top, is called a flying letter.

For more information on how to understand and/or design a brand, see https://tscra.org/what-we-do/theft-and-law/brand-design/

Here are some examples of common branding symbols: 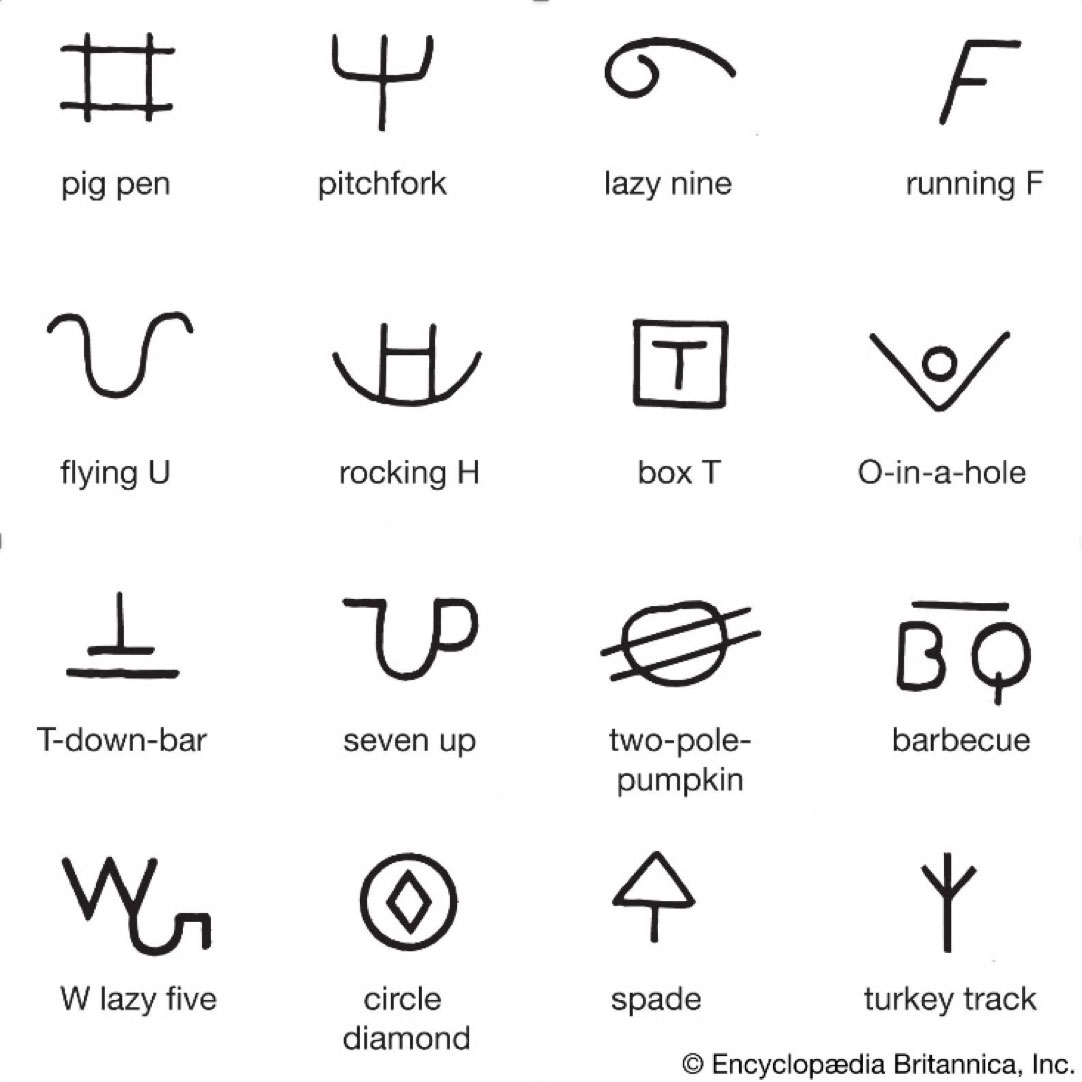