Most of us are familiar with famous artists’ depictions of The Sower (of seeds), such as Vincent VanGogh’s.

After fields were prepared, the farmer would sling a bag filled with seeds over his shoulder and walk his field, grabbing a handful of vegetable seeds from the bag and strewing them across the landscape as he walked.

In 1701, however, Jethro Tull invented the seeder, an agricultural tool designed to focus the spread of the seeds and to plant them more efficiently. The “hopper” took the place of the former farmer’s bag which held the seed, with a cylinder to move it, and a funnel to direct it. A plow at the front created the row, and a harrow at the back covered the seed with soil. Focusing seeds into rows made cultivation and harvesting much easier. 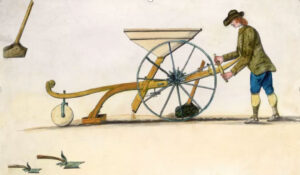 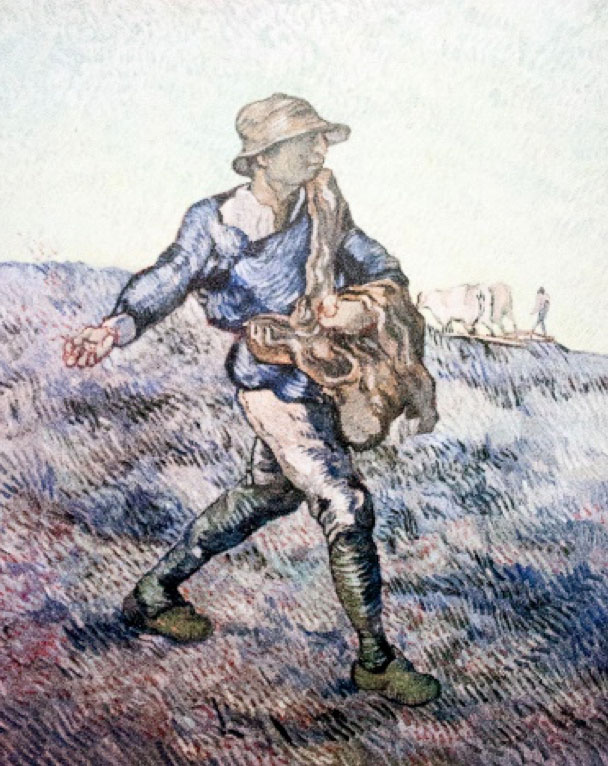 Though often used interchangeably, do you know what the difference is between a seeder and a planter?

Seeders (otherwise known as drills) are used to put grains into the ground.

Planters usually refer to a tractor attachment designed to plant corn and legumes.

Toward the end of the 1800’s, horses began drawing manufactured seeders built on the basic concept of the early seeders. With the advent of tractors, however, around the turn of the 20th century when the Stows were developing their agricultural business, bean (and other seed) planters further evolved the seeding process into a more efficient and effective endeavor, facilitated by the ease of tractors pulling the planter.

In the ranch yard, we have both a bean planter and a GEM (company name) seeder. 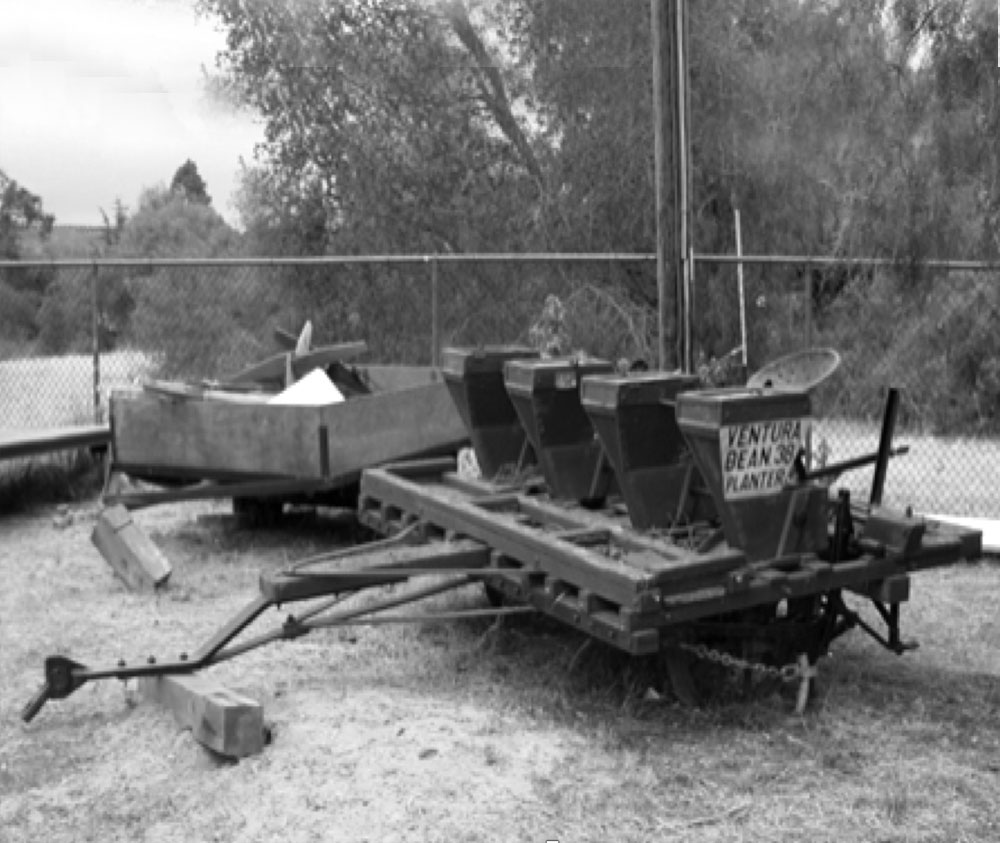