A smudge pot (also known as an orchard heater) was used to prevent frost on fruit trees. The smudge pot usually has a large round base with a chimney coming out of the middle of the base out of which heat, smoke, carbon dioxide and water vapor creating from burning oil emerge. The smudge pot was developed at the turn of the 20th century to be placed between trees in an orchard to help keep the orchard from cooling too much during the cold snaps.

As oil prices rose in the 1970s and environmental concerns were voiced about toxic emissions from the pots, smudge pots have been largely banned from agricultural fields. Today’s agriculture is kept from freezing through a variety of methods, depending on the crops: 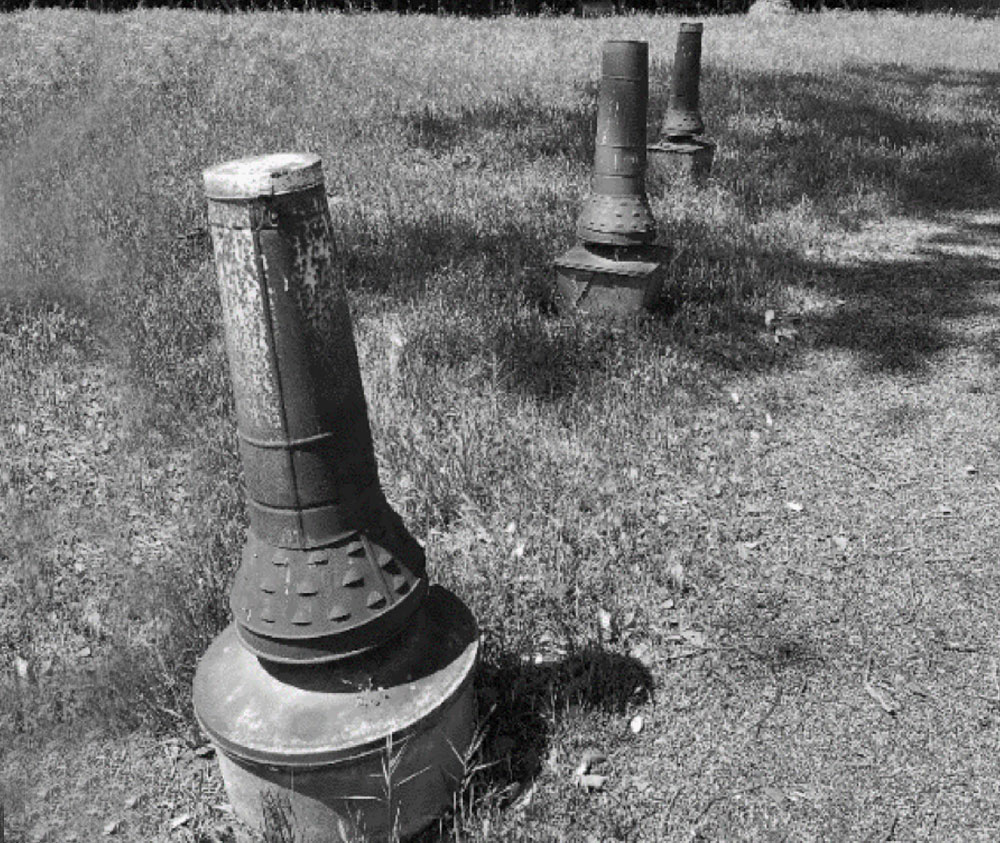 Frost: A thin layer of ice that forms on a solid surface when the temperature fall below 32 degrees Fahrenheit.