Known to be used as early as the 1st century BC, a wagon is a four-wheeled vehicle designed to be drawn by animals such as horses or cattle to transport people and goods from one location to another. The basic framework of a wagon is a simple wooden bed mounted on four wheels, with an axle connecting the front two and a separate axle connecting the back two. The four wheels provided more stability than a simple cart that tended to be mounted on just two wheels.

Initially, wagons were designed to carry freight or produce (such as the famous Conestoga Wagon). As technology evolved, wagons were later constructed to carry people long distances; the prairie schooner is an example of a covered wagon that carried emigrants to the American West in the 19th century.

The word “tractor” is taken from the Latin meaning “to pull.” In ranching, other equipment (such as a plow, harrow, cultipacker, seeder, rake, spreader or sprayer) is either mounted on a tractor or towed by the tractor to achieve the desired outcome. Tractors were originally powered by steam. Between 1900 and 1960, gasoline became the preferred fuel for tractors. Today’s tractors are mostly fueled by diesel.

The classic farm tractor is a simple open vehicle, with two very large driving wheels on an axle below and slightly behind a single seat (the seat and steering wheel are in the center), and the engine in front of the driver, with two steerable wheels below the engine compartment. This basic design has remained unchanged for a number of years. Modern models include enclosed  cabs, for operator safety and comfort.

Making the connection between the tractor and the ranching equipment is usually accomplished by using a drawbar, a steel bar attached to the back of the tractor to which the hitch of the implement was attached with a pin. This allowed for easily attaching and removing the ranching implement, depending on the task of the day.

Levers and switches allow for controlling the speed and direction (forward/reverse) of the tractor, and in some cases, adjusting the height of the attached implement.
Video of Tractor in Action: 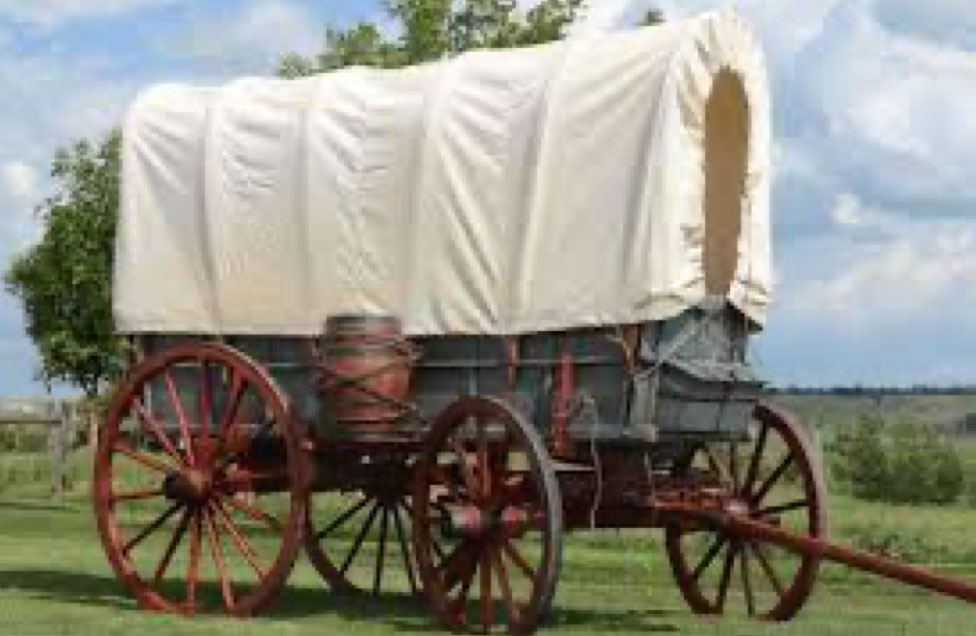 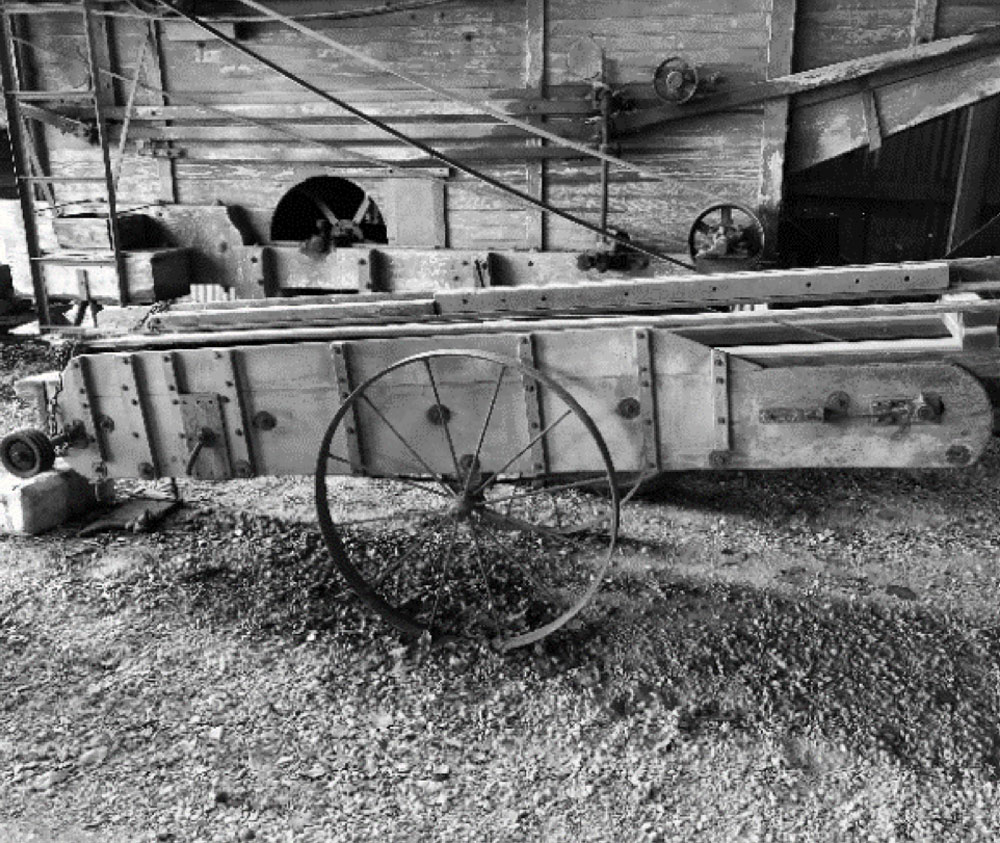 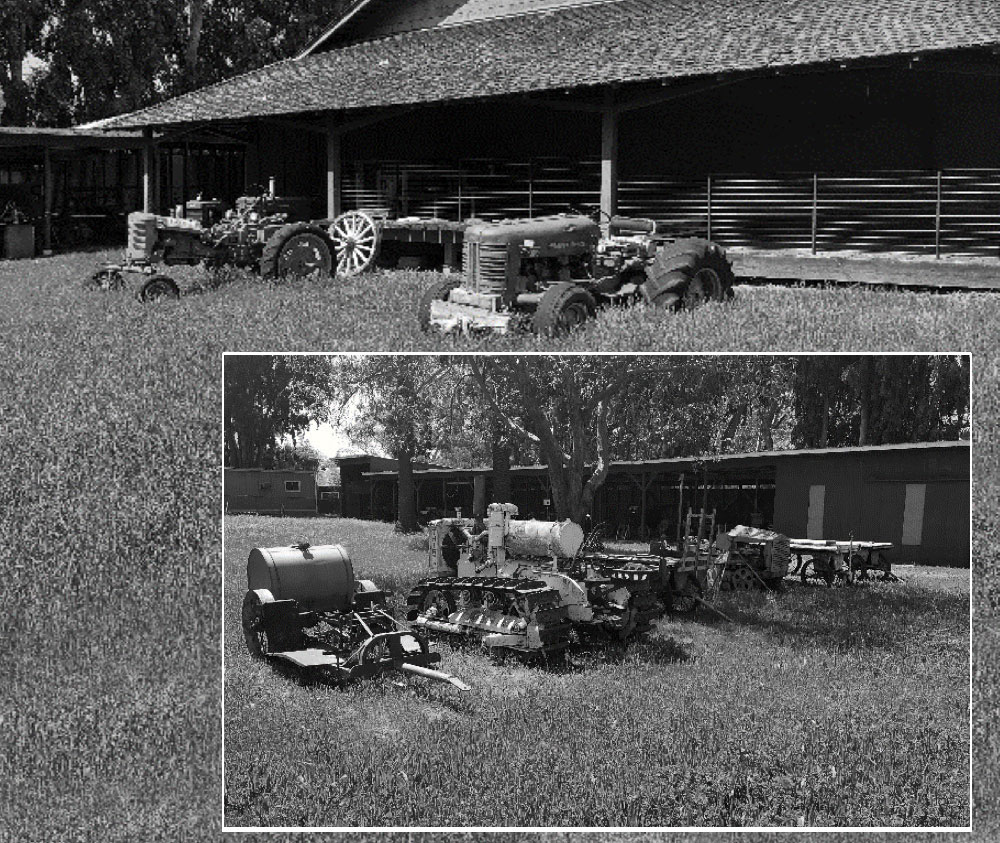