A One Lung Engine was a type of power source on the farm. It used a flywheel engine (a flywheel attached to a shaft that smooths out delivery of power from a motor to a machine). They could run all day on a quart of gasoline.

A one lung engine was a one-cylinder engine that produced a distinct “pop, whoosh, whoosh, whoosh, pop” sound. For this reason, they were commonly referred to as a “Hit and Miss Engine” because of the way they would “hit” (fire) only when operating at or below a set speed, and “miss” (cycle without firing) when they exceeded their set speed. When they slowed down, they would cause a spark that would fire the engine up again.

One lung engines were common on farms, accomplishing a wide variety of tasks, including sawing wood, threshing grain and pressing hay, operating water pumps, cream separators, milling machines, butter churns, washing machines, electric light plants, and any other use where wheels had to be turned.

While one lung engines came into prominence in the 1880’s, they were primarily used between 1910 and the 1930s. They were replaced by more modern designs utilizing a throttle (regulating the amount of air allowed to enter the engine, as opposed to flywheels which only regulated the amount of fuel).

One Lung Engine in Action: 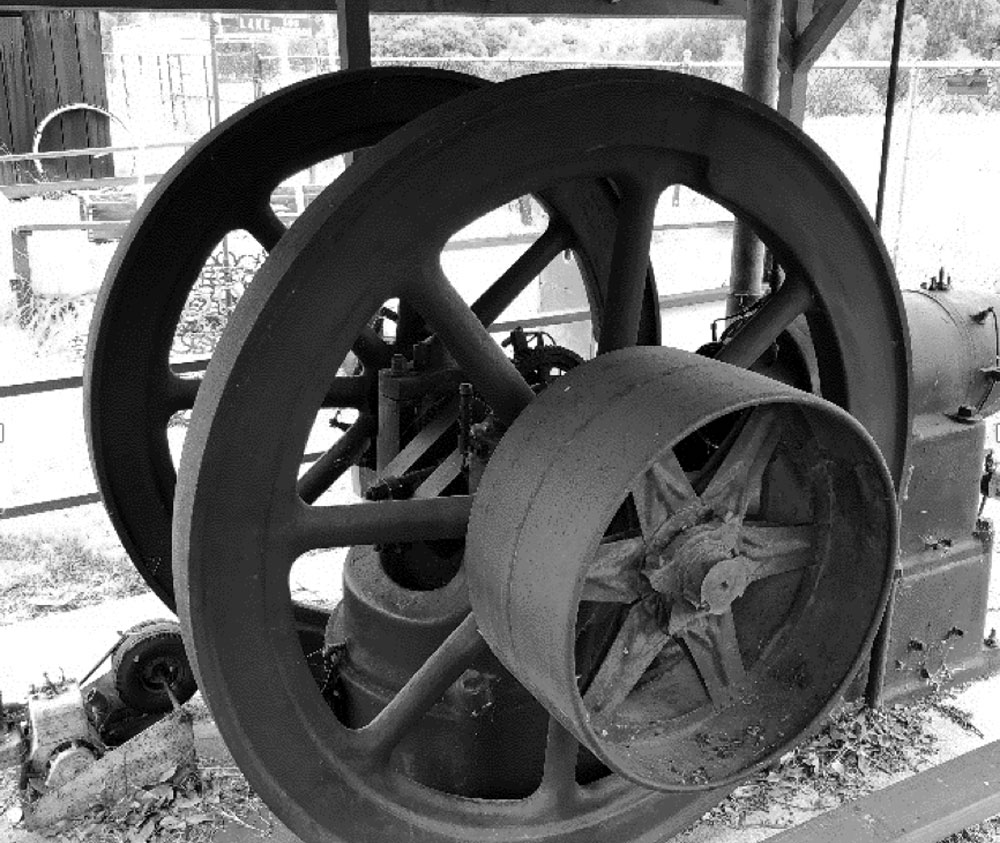