Windmill is the general term for a structure that uses the power of the wind to create rotational energy by means of sails or blades (usually four), to supply energy for other applications. More specifically, a windmill is used to mill grain, a windpump is used to pump water, and a wind turbine is used to store and deliver electrical energy.

Sails that rotated on a horizontal plane first appeared in Iran in the 9th century. Vertical windmills (as we recognize them) emerged in northwestern Europe by the early 12th Century and were used largely in irrigation. Gears inside a vertical windmill convey power from the rotary motion of the sails to a mechanical device. The sails are carried on the horizontal windshaft. The brake wheel is fitted onto the windshaft between the front and rear bearing. It has the brake around the outside of the rim and teeth in the side of the rim which drive the horizontal gearwheel called wallower on the top end of the vertical upright shaft.

steam and gasoline power, although windmills continued to be built in large numbers until late in the nineteenth century. Windmills today are mostly preserved for their historic value.

The American windmill, or windpump, was invented by Daniel Halladay in 1854 and was used mostly for lifting water from wells. Larger versions were also used for tasks such as sawing wood, chopping hay, and shelling and grinding grain. In early California and some other states, the windpump was part of a self-contained domestic water system which included a hand-dug well and a wooden water tower supporting a redwood tank enclosed by wooden siding known as a tankhouse. Windpump in Action:

Wind turbines (based on the windmill design) are becoming more popular as a mechanism for harnessing electrical power. Their taller towers and longer blades increase their power output. 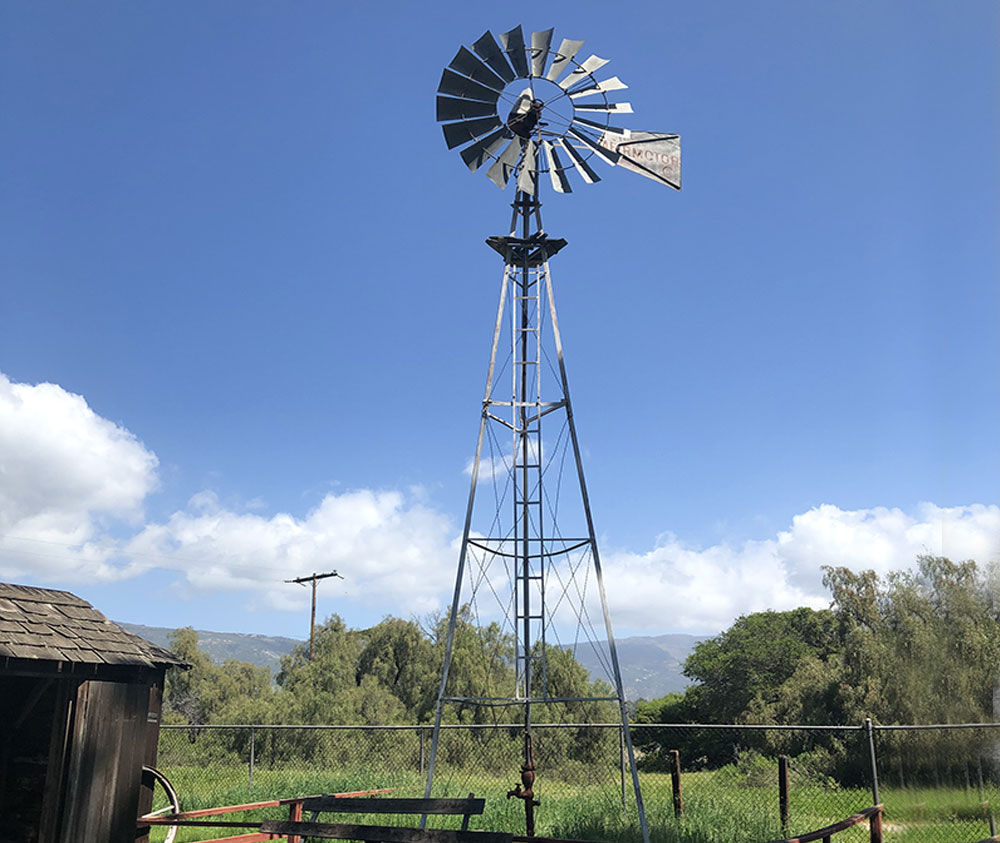 Trivia about Windmills in the Netherlands. 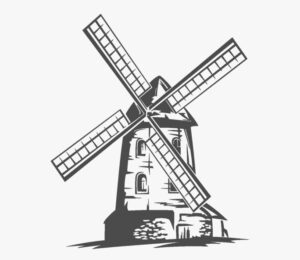 The stationary position of the sails, (when the mill is not working), has long been used to give signals.

A tilt of the blades to 11-2-5-8 o'clock signals mourning, or warning. It was used to signal the local region during Nazi operations in World War II, such as searches for Jews.